Skip to content
Home
Personalizing the Customer Experience Through Data

The truth hurts. And nobody says it better than the founder of CMI, Joe Pulizzi, “Your customers don’t care about you, your products, your services…they care about themselves, their wants, their needs.” What does that mean for you and your business? Personalization matters! A personalized digital experience can ensure that your customer(s) are heard and seen.

Your customers don't care about you, your products, your services...they care about themselves, their wants, their needs.

In the 90s and early 2000s, when somebody spoke about personalized digital communications, they probably meant they got an email with their name on it or the customer service agent on the phone knew how old they were. There was a point when a barista at Starbucks asking your name was the height of personalized sales.

However, with the exponential growth in technology, artificial intelligence (AI) and connected devices (known as the Internet of Things) as well as the vast amounts of available data in the ecosystem, we are moving into a world of hyper-personalization, far beyond what digital marketing strategies have traditionally focused on to segment their customers.

Traditional segmentation models might divide customers into equal groups based on similar profiles such as age or occupation type. Marketing used to assume that all people of a comparable age group had the same needs and wants.

However, in life, just because people are in the same age bracket or the same gender, we know that they are far from identical and predictive analytics looks to bridge the gap between data and segmentation.

It is probably a good idea to take a step back and think about how companies can create products that people want to buy. Looking at an everyday product like the iPhone, nobody knew they needed a touchscreen device until it was released but there would be limited value in offering that to absolutely everybody because there are some segments that won’t ever want it.

One of the best modern-day examples is Netflix who recommends the exact movies and shows that every individual customer will want to watch. This ensures lower advertising spend through only approaching those with a propensity to purchase, more fulfilling customer experience as the promotion is relevant and overall, an incredibly successful product. This type of digital experience is known as a recommender system which we will come to later in this article.

From Reactive to Predictive Experiences

Consumer experiences used to be reactive. While data has been used for a long time, it might be telling customers what they had previously purchased or knowing when their birthday is as they gave us their date of birth once. This is no longer enough for customers. They want fast, efficient and seamless experiences where they need to do as little as possible. This is where predictive analytics comes in.

What is Predictive Analytics?

Predictive analytics comes from an application of AI known as machine learning. In its simplest form, this is the process of training a machine or computer to complete a task that a human would otherwise have carried out manually. Some have compared machine learning to how a child might learn between right and wrong.

For instance, we would provide an experience (historical data) as to what is correct. This might be defining whether a photograph is or is not a picture of a cat. The child or machine would be given countless images and told which were cats. When a new image is presented, using all that historic data, the machine will be able to make connections and work out what the image is without being told.

At the point a machine can make decisions without human intervention and training (known as unsupervised learning), we have truly artificially intelligent applications and predictive analytics can really come into its own.

A common dilemma for digital marketers is working out which customers are likely to respond to an offer or advertisement. Where teams tend to have restricted budgets, it isn’t possible to spend thousands on Pay-Per-Click (PPC) campaigns, Facebook advertising or bulk email so there needs to be some form of predictive analytics in place if businesses are looking to be competitive.

Predictive analytics is all about forecasting the likelihood of an event occurring. Pretty much everyone has been in a situation where an ad has popped up on Facebook based on something they had searched for on Google or visited a website about. This isn’t just a coincidence. Digital marketing teams are using data to reach out to you via the right channel at the right time because their predictive models have forecasted an outcome. Instead of standard customer segmentation where every 25-year-old on Facebook gets the same message dropped to them, each 25-year-old gets a message at the exact time that the modeling has suggested they need it.

In Data Science, the targeted form of segmentation is often known as clustering. When data professionals talk about clustering, this normally means taking vast amounts of data, running it through algorithms and finding correlations.

When we used to segment customers, it would be with defined limits. For example, if I was selling a black dress worth $300, I would probably target young women with high income. The problem with this approach is that not every young woman is the same. For example, some have children, some are married, some are single. Others like to go out and others like to stay in. All the women live in different places and have different attitudes.

How Does Clustering Work?

Clustering is designed to identify how different types of data are related and then create the segments rather than having predefined rules. Using Big Data platforms and machine learning, it can ingest hundreds of attributes to find the best possible segment of customers for the product you are trying to sell. For example, it might feed in time of the year that women purchased the dress and the hour of the day they are most engaged.

We might find there are in fact several segments within our initial idea of segmentation.

The result of this would be that each customer is sent a communication at the exact time they are likely to need it and when it is relevant. This is true data-driven personalization. For example, those who purchase between 1pm and 3pm start getting Facebook ads at that time promoting the product. There may be a group who prefer email and check that every morning, so this is the best time and channel to target them with.

In using data to cluster our customers, we are able to deliver an experience like never before.

A major advancement in technology has come in what we call recommender systems, a channel that puts customer experience first with a foundation based upon data.

What is a Recommender System?

A recommender system is one of the latest additions to the list of marketing tools made available through technology. In simple terms, it is a digital script or algorithm that provides recommendations to a consumer, like other choices they have made. Some of the most well-known recommender systems are Netflix, Spotify and Amazon. All these websites recommend products to the consumer rather than pushing them to make their own choice.

In a fast-moving world where nobody wants to spend time browsing, recommender systems are having a huge impact on profit. In fact, Netflix have reported that as much as 80% of shows customers watch are those which have been recommended.

Recommendations are predictions made using data algorithms. With over 100 million subscribers, Netflix has got a wealth of data at their disposal, both transactional and behavioral. They hold data that the consumer might not be aware of (don’t worry it is all legal!). For example, Netflix knows if a customer stops a movie halfway through and whether they come back to it later. They can see how often a show is paused perhaps. All this data can be used to recommend to the subscribers the precise shows they will most likely want to be watching. Even the thumbnail images every subscriber sees is different based on their clicking habits.

Data can eliminate the need for customer choice, allowing an efficient experience that puts the connected consumer at the heart of it.

In 2019, 90% of Amazon sales have come from consumers searching directly on the Amazon site rather than going back to a search engine because of the effective recommendation system. Data is changing the way that consumers behave online and digital marketing teams need to ensure they adapt to this.

Data and the Digital World

Putting all of this into common business key performance indicator terms, historic data might tell us which customers provide the best return on investment (ROI). When a new customer comes on board, if their behavior and demographics match those high performing customers, there could be a case to increase spend on nurturing that customer as opposed to one whose attributes demonstrate a low ROI.

Data is fundamental to both creating a personalized customer experience and maximizing return on investment. If customers are targeted in such a way that everything they receive is aimed specifically at them, there is a far better chance they will stay loyal or convert in the case of new customers. Some have cited the risk of personalization becoming too accurate causing customers not to try something new.

For example, if Amazon always recommends products that it thinks we will like based on our behavior, we will never buy different products. Algorithms that are built into data platforms need to be constantly checked for bias like this to ensure they don’t end up having an adverse effect.

In a hyper-connected world with several buying channels, customer experience is the key to success. In some industries, it has perhaps become the norm. For example, when consumers purchase via mobile they are highly likely to drop out of the cart if it doesn’t know their location and makes them enter a delivery address.

Data is the here, now and the future for personalization. 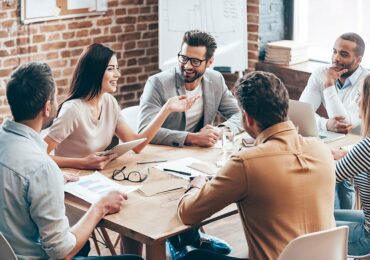 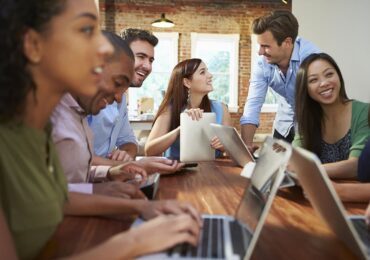 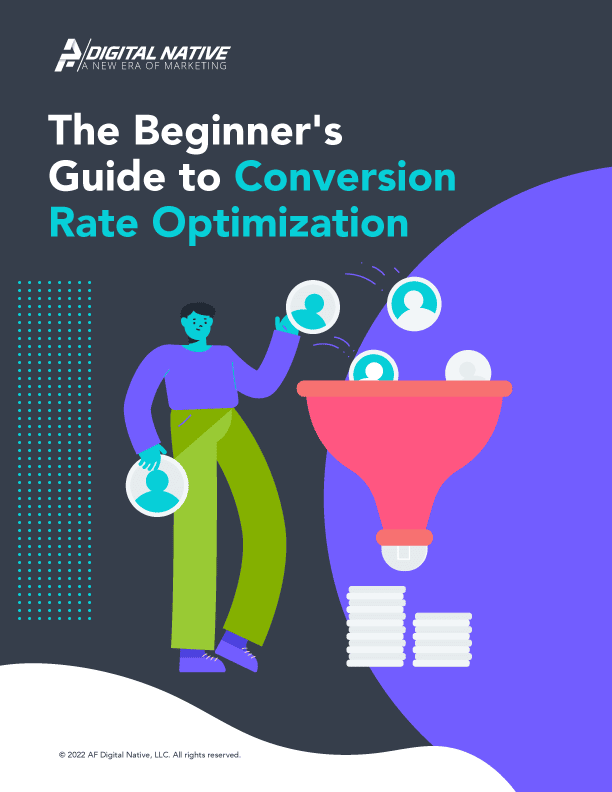 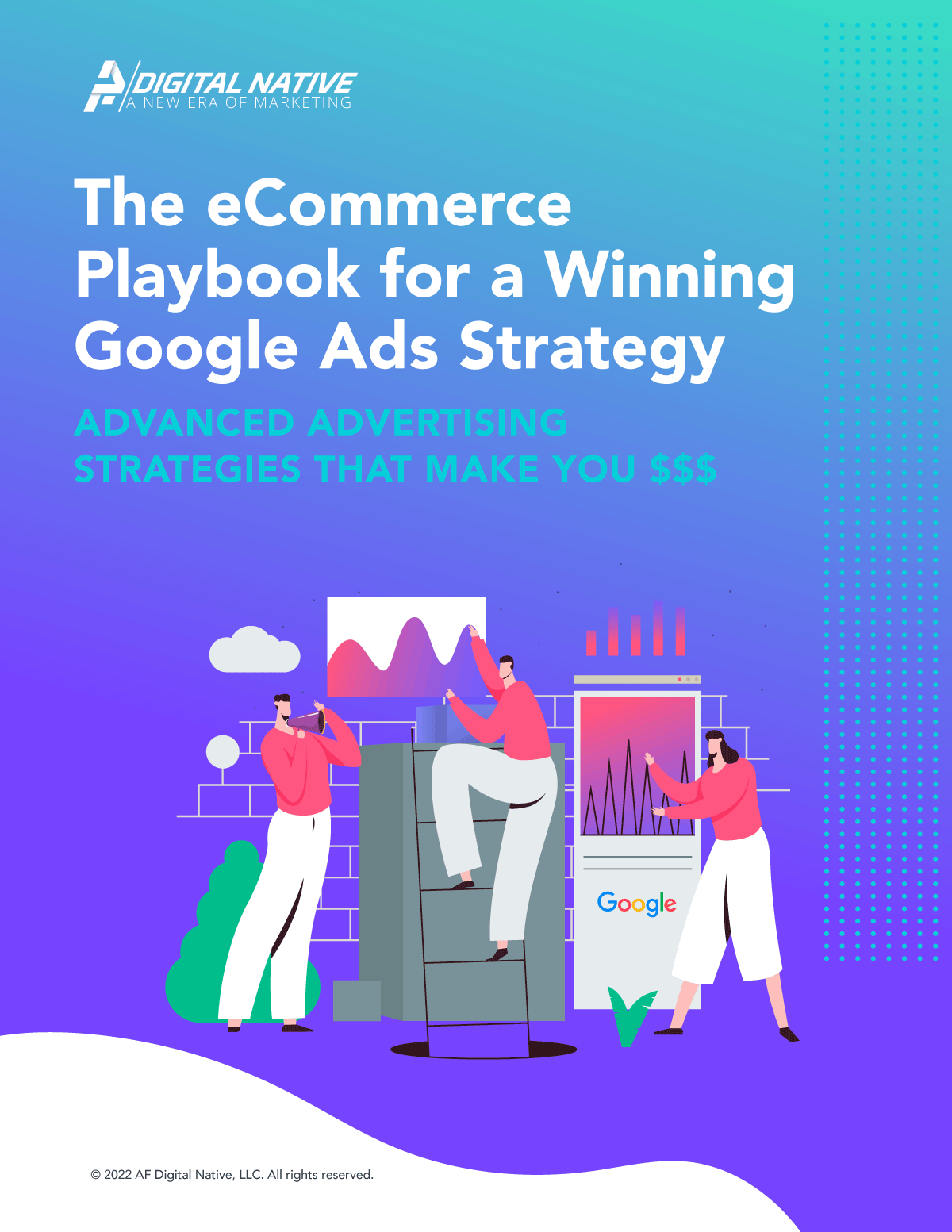